A bright future for China’s cashless payment systems in Indonesia 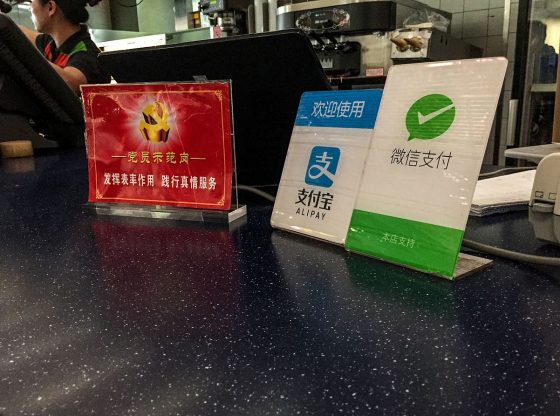 There has been much discussion in Indonesia about two of the Chinese cashless payment systems: Alipay and WeChat Pay. This is because they are widely being used as a tool for transactions in the country. To begin with, discussion revolved around the fact that such transactions were illegal since they were not permitted by Bank Indonesia (BI), the country’s central bank and payment system regulator. Now, however, BI has approved WeChat Pay for cashless payment transactions, albeit with certain conditions: (1) that it cooperates with the commercial banks with an initial capital of 30 billion rupiah; and (2) that it can only be used by Chinese tourists and all transactions must be carried out in rupiah.

In order to operate, WeChat Pay has begun cooperating with several banks. Indonesia’s primary state-owned lenders, including PT Bank Negara Indonesia (BNI), CIMB Niaga and Bank Central Asia (BCA), have all expressed their willingness to work with the mobile wallet provider. These banks function as settlement banks. This means that every transaction through WeChat Pay in Indonesia must pass through one or other of them. In this manner, the funds that move in and out generate foreign exchange earnings for Indonesia.

These banks see the expansion of China’s online payment systems as beneficial for the Indonesian economy. BNI, for example, sees the phenomenon as a way to make domestic transactions more orderly. Meanwhile, CIMB, the primary bank through which WeChat Pay operates in Indonesia, has said that its collaboration with the Chinese digital wallet firm could help the banks to foster low-cost funds or current and saving accounts (CASA).

It seems that the collaboration between state-owned banks and foreign payment platforms is essentially an effort to widen the net for profit. This is probably why other banks such as PT Bank Rakyat Indonesia (BRI) have been holding technical talks with WeChat Pay. According to Sugeng, Bank Indonesia’s Deputy Governor, BRI and Alipay were in the process of completing documents to cooperate with the foreign e-wallets.

Domestic actors in this sector also view the growing phenomenon positively. CEO and co-founder of the digital payment platform DANA, Vincent Iswara, told the Antara Kaltim news channel that the expansion of digital wallet services from China would encourage growth in the digital economy, rather than turning off local players. ‘In fact we do not see them as rivals, but we see their existence helps [show] that digital payment is the future’, Vincent said.

It is also believed that expanding the use of the digital payment systems could have a positive impact on the country’s economy as a whole, because transactions are carried out entirely in Indonesia while other costs are distributed to the country of origin.

The future is bright

Looking to the future, the expansion of the Chinese online payment systems appears to be moving forward. PT Bank Mandiri (Persero) Tbk. is working on the development process and licensing  cooperation with Alipay, which is due to be completed in the first half of 2020.

Like WeChat Pay, Alipay has operated in Indonesia illegally for some time. It has also tried to make itself legal, but some of the requirements have not yet been completed. BI Deputy Governor Sugeng said that the Bank requires further paperwork from Alipay, but that there has been no further response from the digital wallet provider.

BRI has expressed its willingness to partner by signing a Memorandum of Understanding (MoU) with Alipay and the bank is currently preparing the necessary IT infrastructure to synchronise their systems, so it seems that soon Alipay will follow in the footsteps of WeChat Pay.

It is important to note that the mobile payment sector in Indonesia is growing rapidly. This trend is largely caused by the high number of mobile phone users in Indonesia, as well as massive investments by domestic players such as GoPay and OVO, alongside supportive regulatory initiatives from Bank Indonesia.

In general, Indonesia is a promising site for these companies since it is the largest and fastest-growing internet economy in the region. The South China Morning Post (SCMP) reported that the value of Indonesia’s internet economy reached $27 billion in 2018 and was expected to grow to $100 billion by 2025. Currently, 57 per cent of the whole population are connected to the internet and the majority of them are using smartphones which only have a payment capability.

In the same article, SCMP reported that from January to September 2018 online payment transactions reached 31.26 trillion rupiah ($2.1 billion), a leap of 12.37 trillion rupiah compared to the same period the previous year. And as more people come online in the next few years, mobile payments are expected to surge. It is not difficult to predict, therefore, how this phenomenon will look in the near future.

How should the government respond?

The Indonesian government should take a positive view of this development. The fact that there are gains to be made from the expansion of China’s cashless payment systems has been clearly demonstrated by the banks and local players in this sector.

However, the response in Indonesia has not so been positive to date. In fact, the Regional Development Bank (BPD) in Bali has initiated its own online payment system. This bank, which works with as many as 382 local businesses, gives people the opportunity to conduct transactions using QR codes, just like the mobile wallets. As reported by Bisnis Indonesia, this step was taken by BPD in Bali in an effort to usurp the potential dominance of WeChat Pay, which is now used extensively in hotels, restaurants and tourist attractions across Bali.

The Indonesian government should not act in a similar fashion in responding to the phenomenon. Rather, it should acknowledge that the use of e-wallets could have a positive impact for local businesses and the economy. The most crucial point is that Bank Indonesia, as the central bank, should formulate a comprehensive policy clearly highlighting the regulations for overseeing these activities. For example, it should be made compulsory for all e-wallet users to have an account with an Indonesian bank. Such steps will certainly benefit the country’s economy as a whole.

Dr Muhammad Zulfikar Rakhmat is a Lecturer at Universitas Islam Indonesia and a Research Associate at the Jakarta-based Institute for Development of Economics and Finance (INDEF).

China manoeuvres to protect its interests while keeping its hands clean
Singapore-style public health communications: A ‘victor’ of the pandemic?