Singapore-style public health communications: A ‘victor’ of the pandemic? 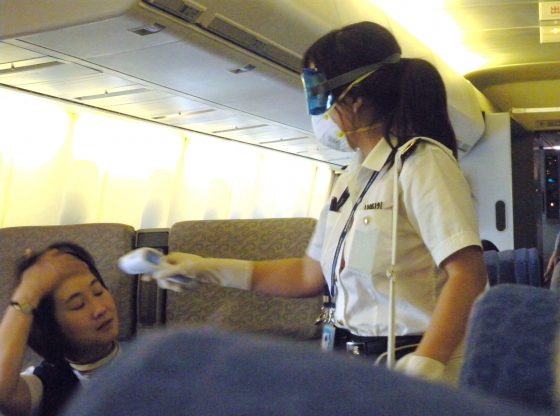 The plane stopped, the engine off, and in the relative quiet, there were these sounds: seatbelts clunking, bodies creaking, yawning, heavy thuds from overpacked hand luggage. Then something new: a plastic rustle and a snap of elastic. Face masks. We had landed in Singapore and it was time to put them on.

This was at the end of February when the first few cases of COVID-19 in Europe were beginning to be detected, when the idea of travelling to anywhere in Asia induced disapproving tuts and warnings from friends and colleagues. It didn’t matter that Italy had more cases of COVID-19. The feeling then – just a few weeks ago – was that infectious diseases are something that happen elsewhere: Asia, Africa, or the past.

…if Singapore is able to keep its country and economy running through a combination of public health campaigning, temperature monitoring, cleaning, surveillance, tracking, citizen compliance, and social-distancing, then perhaps the coming decades will see a gradual shift in attitudes in the UK and other European countries

The collective false sense of security cannot be held fully responsible for the gravity of the current situation and there can be no glee in this reversal of fortunes. Still, as many European countries come to terms with the realities of social-distancing, self-isolation, and quarantining measures, many aspects of Singaporean life – one of the first countries to report cases of COVID-19 – continue as usual.

There are a number of reasons for this. One of the most important is Singapore’s remarkable contact tracing which has in recent weeks been labelled the ‘gold standard of near-perfect detection’ by Harvard epidemiologists. By identifying clusters of infection, contacting all those who may or may not be infected and issuing 14-day quarantine notices, Singapore has not found its hospitals overwhelmed or its healthcare system stretched by the virus – a near certainty had the authorities adopted the approach of many Western European countries.

There are also unprecedented travel restrictions and strictly enforced stay-at-home notices. Mass gatherings have been cancelled. Bars and entertainment venues are to be closed from Thursday. Stringent cleaning and sanitisation can be seen in restaurants and bars. Hand sanitizer is available in lifts. Temperature monitoring has become routine practice in hotels, schools, and shopping malls. And since this weekend, every other seat in the hawker centres – the open air food courts which feed the nation – has been covered in red tape in order to enforce distance between consumers. In some cafes, it is now necessary to register your location using a QR code and a google docs form. Tables and chairs in Singapore’s McDonalds show a sticker stating that, ‘Tough times don’t last, tough people do. Please leave this seat empty.’

Singapore’s achievement thus far relies not just on the city-state’s well-prepared government apparatus, but on a compliant relationship between citizens and state and a well-coordinated public information campaign. Singaporeans are no strangers to these kinds of campaigns. Public space here is awash with government-approved posters, stickers, and banners. At times alarmist, they cover all aspects of Singaporean life from reducing water use to avoiding online scams, from public transport etiquette to the inevitability of a terrorist attack. Singapore’s 2017 National Day Parade – broadcast live on TV – featured not just a staged terrorist attack highlighting the capabilities of the armed forces, but also a ‘mozzie clap’ dance ‘asking all Singaporeans to come together to kill the mosquitoes’. Not all of the messages are uncontroversial. In 2016, the voluntary organisation I Love Children ran a series of adverts on the MRT system featuring cartoon sperm and slogans including: ‘Woman are born with a finite number of eggs’.

This weekend, the Singaporean government’s official youtube channel posted a video raising awareness of the measures in place to help reduce the impact of COVID-19. It shows a popular Singaporean sitcom character rapping in Singlish. As well as encouraging Singaporeans not to be too kiasu (a grasping or selfish attitude arising from a fear of missing out), the refrain of the song reminds simply to ‘use your brain’ in these anxious times: don’t buy too much food; thank frontline workers if you see them out and about; check the source of the articles you share online; wash your hands and stay clean and healthy. It is a uniquely Singaporean response to a global problem. And perhaps – alongside everything else – it is working. At time of writing, schools, restaurants, and shops are still open. Many are working from home but certainly not all. The city is quieter at the weekend, but the economy has by no means ground to a halt. It is too early to say whether these measures will be enough to significantly reduce the overall impact of the virus. But Singapore has at least been able to flatten the curve.

At the end of last week, Foreign Policy asked 12 leading global thinkers for their predictions on the long-term impacts of COVID-19. Little consensus emerged. However, there are some universal truths which apply even to these exceptional events. As John Allen points out, it seems inevitable that the history of the pandemic will be written by the ‘victors’. Specifically, ‘those nations that persevere… will claim success over those who experience a different, more devastating outcome’. Allen suggests two possible outcomes of this: that the pandemic will either be a ‘great and definitive triumph for democracy, multilateralism, and universal health care’ or ‘will showcase the clear “benefits” of decisive, authoritarian rule’. But while it may be too early to say which way the political, economic, and foreign policy winds are blowing, perhaps we can predict some of the smaller changes COVID-19 will bring about.

Before the viral outbreak forced Britain indoors, Boris Johnson joked about shaking hands with coronavirus patients. He was filmed struggling to contain a wry smile as he told the British public how to wash their hands. Perhaps with a certain grim inevitability, on 27 March it was announced that the prime minister had been diagnosed with the virus. Could a nation of great ironists have expected anything else? But if Singapore is able to keep its country and economy running through a combination of public health campaigning, temperature monitoring, cleaning, surveillance, tracking, citizen compliance, and social-distancing, then perhaps the coming decades will see a gradual shift in attitudes in the UK and other European countries. For better or worse, we may be forced to adopt a less sceptical approach to official communications. Government departments too may find themselves unleashed, the accusation of ‘nannying’ far better than the assumption of complacency or unpreparedness.

The next prime minister may face a world completely altered by the pandemic. Or he or she might simply be required to engage with public health with a touch more sincerity. Singaporean-style public health communications may be one of the accidental victors of the pandemic.

Richard Selwyn is a freelance teacher, editor, and writer. He writes about Singapore on his blog: richardselwyn.com