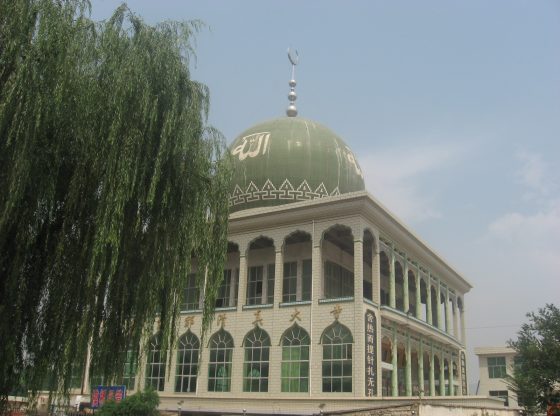 The People’s Republic of China’s (PRC) soft-power parleys to the Arab world nowadays often stress the lack of faith wars between the two civilisations, as opposed to the Crusades of 1095–1291 launched by Christendom against the Islamic world. Indeed, before 1000 CE, encounters between China and the Islamic world were much more important economically than relations between Europe and the Levant, as Peter Frankopan shows in his excellent book New Silk Roads.

Although encounters were largely peaceful, mutual perceptions between Muslims and Chinese did start to change after 1000 CE, and it is important to remember that fluidity when we come to assess China’s current engagement with the Middle East and its people.

The Qur’an does not mention China or the Chinese itself, and there is no Chinese reference to Arabs (arch. Dashi 大食) in China prior to the Battle of Talas. Nevertheless, later Hui sources claim that Islam entered China in the Prophet’s lifetime (c. 570–632). According to these sources, Saʿd ibn Abī Waqqās was sent to China by the Prophet specifically to spread the new faith.

From the eighth century through to the fifteenth century, Muslim merchants largely controlled the maritime Silk Road to China

Following the fall of the Umayyad Caliphate in 750 CE, the Abbasid dynasty moved its capital from Damascus to Baghdad, which resulted in further Muslim exploration and conquest eastward, while for their part, the Tang rulers pressed on westward.

Against this background, the Abbasid forces under General Ziyad bin Saleh ibn al-Atir clashed with Tang forces in the Fergana Valley in 751. This fateful historical turnaround, which nipped Chinese cultural dominance in Central Asia in the bud, would become known to posterity as the Battle of Talas. However, contemporaneous Arab sources like al-Tabari (839–923) do not mention the battle at all, suggesting it wasn’t thought of as very consequential at the time.

We know about what went on predominantly from a much later account by Crusade historian Ibn al-Athir (1160–1233), who was otherwise silent on Chinese civilisation per se. Ibn al-Athir’s account is confirmed separately by contemporaneous Tang annals, which provide soldier numbers but are similarly silent on the inter-civilisational dimensions of the battle.

The first substantive source which bears out the early Muslim encounter with China was written in Arabic by Persian geographer Ibn Khurradādhbih (c. 820–912). His information was limited, and he did not describe the Battle of Talas at all. Neither is he thought to have travelled to China himself, relying instead on hearsay.

Thus, Ibn Khurradādhbih confirmed the ubiquity of rice and porcelain in China, but also added that iron was of superb quality there. Elsewhere, he suggested there were no fewer than 300 prosperous cities in China. Yet he seems to have lapsed into phantasmagoria when describing Wakwak, an island supposedly adjacent to China (perhaps Japan), so overflowing with gold that dogs’ chains there were made of the precious metal.

A mere four years after the Battle of Talas, when renegade General An Lushan 安祿山, a Turk, threatened to destroy the dynasty, the Tang enlisted Arab mercenaries as well as Uyghurs to push him back. That move presaged the employment of Muslims by all subsequent dynasties as soldiers, navigators, astronomers and administrators. From the eighth century through to the fifteenth century, Muslim merchants (Arab, Persian, Indian and Southeast Asian) largely controlled the maritime Silk Road to China. Chinese silk and porcelain were coveted in Western Eurasia, and in return China gained frankincense, amber, shells, glassware and cobalt from the Muslim world.

One highly significant feature of Tang influence in Central Asia did remain visible, however. According to Persian historian al-Thaʻālibī (961–1038), it was Chinese craftsmen captured at the Battle of Talas who introduced paper-making into the Muslim world. Although they did not form a full-fledged diaspora, it does appear that Chinese craftspeople were present from that point on in Central Asia and a fairly common sight.

Active in the early tenth century, the Arab traveller Abū Zayd Ḥasan al-Sīrāfī famously reports that after the rebel Huang Chao 黄巢 (835–884) had amassed sufficient power against the Tang court, he went on a rampage in Guangzhou (Khanfu in Arabic), unleashing a massacre on the local Muslim, Jewish, Zoroastrian and Nestorian communities.

Al-Sīrāfī described Chinese craftsmen as ‘the cleverest people on earth’. Perhaps unwittingly, he thereby echoed a hadith apocryphally attributing to Prophet Mohammed the dictum: ‘seek wisdom as far as China’. However, the flip side of that admiration was al-Sīrāfī’s stereotyping the Chinese elsewhere in his account as promiscuous and their dietary habits as unhygienic.

Al-Sīrāfī’s account gained greater currency in the Islamic world after it was cited by the historian al-Masʿūdī (895–956), often dubbed the ‘Muslim Herodotus’. Foreshadowing early modern European admirers of China like Voltaire and Leibnitz, al-Masʿūdī likewise extolled the ‘sage kings’ of Chinese antiquity. Although not witnessing China first hand, he suggested that its rulers were ‘guided by reason in the fair and just judgements which they gave’. Al-Masʿūdī also observed that the Chinese of his time were ‘skilful in painting and all the arts’.

From then on, however, descriptions in Muslim sources would appear more akin to those of Montesquieu in condemning the cruelty of Chinese law. To be sure, al-Masʿūdī himself sounds somewhat puzzled by the Chinese habit of employing eunuchs as tax collectors; he was also appalled that Chinese parents willingly had their children castrated in order to improve their chances of moving up in the government bureaucracy.

All in all, the image of China through pre-modern Muslim eyes was far from monochromatic, contrary to what contemporary rhetoric might lead one to believe.

Professor Niv Horesh is a China specialist with over twenty years of experience ranging across the private sector, public service and academe. Between 2000 and 2003 he lived and worked in Beijing, and he has been visiting different parts of the Chinese-speaking world regularly since. In 2002, Niv received accreditation as a Professional NAATI Translator from Chinese into English. His research incorporates four main strands in the following order: Chinese history, world monetary history, PRC political economy, and PRC foreign policy with an emphasis on the Middle East.

The Long Read: Book review of ‘The Intellectual in Modern Chinese History’
India & COVID-19: Misinformation and the Downside of Social Media