India & COVID-19: Misinformation and the Downside of Social Media 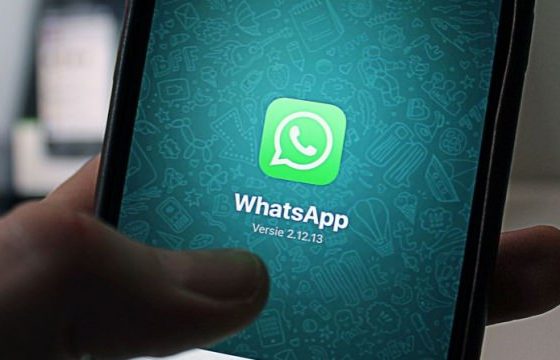 As the world fights COVID-19 (coronavirus), the online public sphere across the world is witnessing unprecedented misinformation and fake news. Misinformation is contributing to paranoia and making the fight against COVID-19 even tougher. The situation in India provides a prominent example.

Fake news (false news stories spread through traditional and social media) and misinformation (false or inaccurate information) have pervaded the digital information landscape ever since social media platforms proliferated during the mid-1990s. Over time, the vulnerability of the modern digitised public, particularly during crises, has been revealing. India has been no exception. While fake news is a global problem, inaccurate information creates greater challenges for developing economies like India. This is largely because many users who are new to the technology believe almost everything they receive through social media – especially when such information is sent or forwarded by family members or friends. Distrustful of mainstream news outlets, this ‘trustworthy’ information from alternative sources is further forwarded and shared without verification, with the belief that it promotes the ‘real story.’ This tendency makes India’s digital public space volatile and vulnerable to the dangers of misinformation and aids in the spread of panic and alarm during an evolving crisis like COVID-19.

As with the rest of the world, India is fighting its own ‘war’ against COVID-19 and is facing several challenges in the process. The Modi government has implemented a 21-day lockdown in the country to curb the number of infections by limiting the spread of the virus within communities. With the number of confirmed cases having crossed 1,000, concerns over the spread of the outbreak are mounting. Social media is playing a noticeably contrasting role in this regard. While networked people are sharing important information, particularly for assisting local communities and the more vulnerable, such as the elderly, it has also been hyperactive in spreading inaccurate and unverified information, adding to people’s already heightened levels of fear. Armed with popular messaging and content apps like WhatsApp, YouTube and TikTok, and enabled by access to cheap data, Indians, who are second only to the Chinese in the number of active internet users, are incessantly communicating and exchanging purported information about the virus. Much of the communication is unverified and fake, particularly on specific aspects of COVID-19 and related advisories. A 30-second video on TikTok, for example, shows an individual wearing a face mask who recommends gargling with salt-and-vinegar hot water as a cure for Coronavirus, who then urges the rapid spread of this message. While one tweet claimed that India had developed the first-ever coronavirus mattress, yet another YouTube video promoted drinking gaumutra (‘cow urine’) for warding off the virus. The enormous proliferation of unverified messages and videos in the online space have made the government, media and public join hands for fighting the problem of  ‘infodemics’ (‘misinfodemics’), in addition to fighting the pandemic.

Some early government advisories on COVID-19 could have also contributed to the misinformation. This includes a list of traditional drugs announced by one of India’s central ministries, in January 2020, for preventing infection from the virus. Although the announcement might have been to encourage local traditional drug makers as an objective, according to experts, the medicines were untested and had ‘no peer-reviewed research for the Coronavirus’. In fact, since its outbreak in China last December, misinformation has spread through WhatsApp with many of the fake information coming out of India.

The Indian Prime Minister (PM) Narendra Modi has been working with other global leaders to tackle COVID-19 in India. He has also been urging social media platforms to ensure the spread of correct information regarding the virus. Aiming to rein in misinformation on social media, the government of India has created ‘MyGovCoronaHelpdesk’ – a WhatsApp chatbot built by the Mumbai-based firm Haptik – to respond to important queries and to provide assistance while fighting rumours surrounding it. The Indian government has also issued an advisory to digital platforms, including Facebook, YouTube, TikTok, Snapchat and Twitter to take responsibility for misinformation related to the coronavirus on their feeds. As intermediaries in the dissemination of information, social media platforms are accountable under the Information Technology Act of India for curating content on their platform if it breaches acceptable safety for the public.

Apart from urging social media platforms to act more responsibly, PM Modi has also aggressively deployed traditional mainstream media – television, radio and press – to communicate the government’s major state decisions on the virus to the public. He appeared on national television twice within a week to alert people to the spread of the virus. He explained the importance of physical distancing and avoiding rumours in order that the 21-day national lockdown be a success. He has also communicated preventive messages through All India Radio to the people living in the remotest corners of the country and has praised print media for its role in spreading awareness on COVID-19. Indeed, in a country where almost a billion people still cannot access the internet, traditional media has become vital in spreading the right message to millions. PM Modi’s praise of print media (‘stable platforms’) was not just because of its pan-Indian reach and vital role in connecting to all corners of the country, but also the greater levels of trust enjoyed by the ‘old’ media in India – a country where many continue to remain offline.

The contrast in trust between the old and the new media has become vital at a time when India is fighting the biggest global public health challenge of the modern era. It is unfortunate that in this war against the global pandemic – COVID-19 – social media has played a noticeably counterproductive role, contributing to paranoia and panic in a country with one of the largest online user bases in the world. It remains to be seen whether COVID-19 will mark a comeback for traditional media in India as the undisputed trustworthy source of information, and also whether the pandemic will push social media in the country to greater self-regulation and content control.