China and the Strategic Implications of the COVID-19 Pandemic 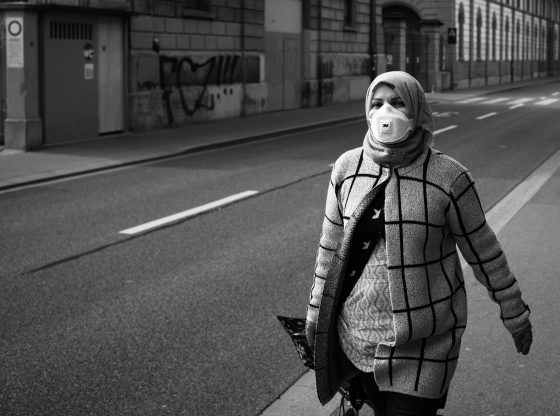 The COVID-19 Pandemic has strategic implications with which military planners, political leaders, industry bosses, financiers, journalists and scholars of diverse disciplines are now beginning to grapple. Comparisons have been made to the 1918 Flu, the 1929 Wall Street Crash,  9/11, and the Great Financial Crisis of 2008. None of these events, however, gives us accurate guidance about what to do, because each has its own unique historical context. Instead, when everything seems normal but no longer is, we need to think about our own time. We need to consider, urgently but without any feeling of panic, what COVID-19 means for the long-term future. Here I venture a few thoughts based on scattered readings in the press and a decade or so of researching and teaching Chinese politics and international relations.

First, I believe it is extremely unlikely that China will experience significant political instability as a result of the pandemic. China has been in lockdown for the past few months and is now lifting restrictions on people’s movements step by step. While there have been occasional expressions of discontent with government handling of the crisis, especially in the early days when the authorities in Wuhan tried to suppress information about it, there have not been any mass incidents as far as I am aware. Indeed, Chinese people, at least in the major urban centres, have accepted massive changes to their lives, including the requirement to wear face masks in public, without complaining. Communist Party rule is like a fist which can be clenched and unclenched at will.

Second, given the death rate for the virus, which is still unknown, but which best guesses put in the range of 1-2% of those infected, the virus itself is unlikely to make a dent in China’s industrial capacity. All workers and even cadres are expendable: when one falls, another takes their place, and as the death rate and the rate of experiencing symptoms are lower for young and healthy people, the main effect on industry is likely to be not loss of personnel but the loss of markets, and perhaps disruption to some supply chains. These are disruptions with which China could cope.

Third, the pandemic has been and will be used for the intensification of social control in China. I have already mentioned face masks and controls on movement. China has used digital technology to securitise access to even quite banal information about Islam and to thrust government propaganda down the throats of Uighur citizens to an unprecedented extent. Xinjiang represents an extreme, of course, but the government could extend this type of control to other parts of China at any time. Sharing of biological information like body temperature is already made compulsory through the ubiquitous use of (gun-like) thermometers at entrances to public buildings, transport hubs, workplaces and even apartment blocks, with a high temperature leading to instant quarantine in a government-controlled facility until a COVID-19 test can be done (within 24 hours). We can envisage similar extensions of control being introduced by other governments elsewhere in the world and becoming routinized for purposes other than virus control.

Fourth, there is significant potential for international conflict as a result of COVID-19. China will do whatever it takes to secure food and energy supplies. While it is a big country with huge natural resources, and basically able to feed itself, it does rely on imported oil, as well as other minerals, and some renewable resources such as timber.  No doubt China’s oil storage facilities are already bursting to capacity. Russia, by contrast, is in a much weaker position, and if the COVID-19 epidemic were to destabilise Putin’s regime, Russia would be a natural area of expansion for China’s influence. Not only does Russia have oil and gas, but they are the largest global producer of wheat. Of course, Russia would be able to resist an outright invasion, but it may not be able to resist a gradual expansion of Chinese influence using soft instruments of co-optation. Similar opportunities could emerge if developing countries with important resources became unstable.

Finally, the COVID-19 epidemic offers unprecedented opportunities for expanding international cooperation. Indeed, as President Xi made clear recently in a phone call to President Trump, international cooperation is the only way to beat this virus. This includes not only international scientific collaboration, which has become the norm anyway, but collaboration in the stabilisation of economies and financial markets. If such collaboration were to be merely aimed at returning to the status quo ante, it would be an opportunity missed, and would set the world on course for a repeat of the present crisis in 10 or 20 years, as a result of another virus or some other natural calamity, perhaps precipitated by climate change.

Therefore, it is necessary to think beyond stabilisation and aim instead at adaptation. The question is how can we make a world which is resilient to economic shocks, epidemics, food shortages and other disasters while at the same time providing human beings with just and equitable distribution of the necessities of life, motivating them and rewarding the most valuable contributions? Contemporary capitalism has not provided satisfactory answers to this question but on the contrary, has made the world more and more fragile. The solution is not to be found in 20th century ‘-isms,’ nor in claiming dominion over All Under Heaven, but in a concert of different ‘-isms’ which allow different political and economic systems to function alongside each other and support each other, instead of seeking to destroy each other from without or undermine each other from within. China has been saying as much for the best part of twenty years. Now is China’s chance to show what that means in practice.

India & COVID-19: Misinformation and the Downside of Social Media
The long read: What next for the US–Taliban ‘peace deal’?